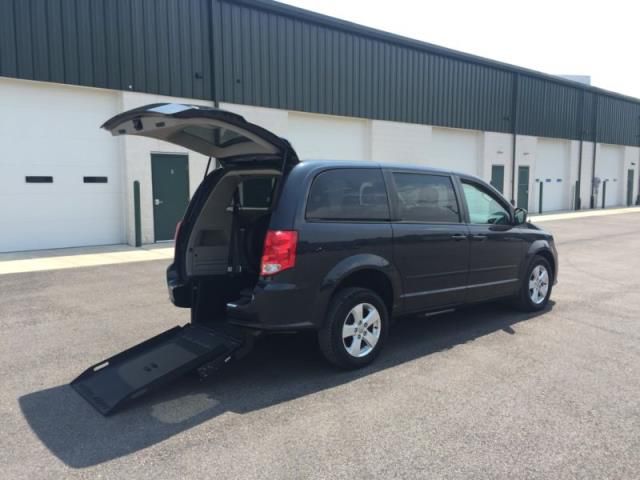 2013 DODGE GRAND CARAVAN 75000 ORIGINAL MILESHANDICAP CONVERSIONREAR LOADER THIS IS A 2012 DODGE GRAND CARAVAN WITH A HANDICAP RAMP THAT FOLDS OUT FROM THE REAR OF THE VAN. THE VAN HAS 75000 MILES ON IT AND RUNS PERFECT. THE HANDICAP CONVERSION IS DONE BY THE AMT COMAPNY, WHICH IS CRASH TESTED.THE RAMP FOLDS DOWN FROM THE REAR OF THE VAN, THE LIFT IS MANUAL. THIS COULD HOLD TWO WHEEL CHAIRS. THE VAN COMES WITH A 6 CYLINDER ENGINE AND AUTOMATIC TRANSMISSION. THE ENGINE AND TRANS ARE 100%. THE VAN IS IN GOOD SHAPE, THERE IS NORMAL WEAR AND TEAR. IT RUNS PERFECT AND THE LIFT WORKS PERFECT. THE RAMP ALSO FOLDS IN SO IF YOU ARE NOT USING IT IT LAYS FLAT. PLEASE CALL WITH QUESTIONS. THE VAN IS CLEAN INSIDE AND OUT. THE MILES ARE ORIGINAL AND TITLE IN HAND. IF YOU HAVE AND QUESTIONS PLEASE CONTACT MIKE. WE HAVE 6 VANS IN STOCK, SOME SIDE ENTRY AND SOME REAR ENTRY.
For further questions email me : ronnie10udalton@mail.com