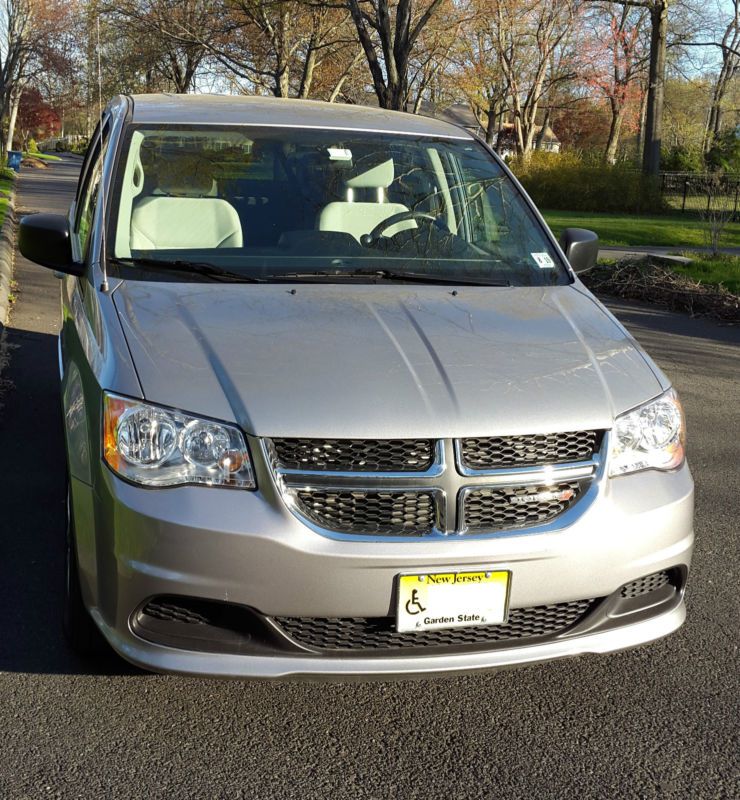 Please email me with any questions or requests for additional pics or something specific at: gwendagssavilla@plonkers.com .

Private owner, less than 8,000 family miles. No commercial use.
Factory warranty still in effect.
The distinguished and beloved designated passenger of this vehicle has traded in for a presumably fancier model in
Heaven, therefore we want to sell this one on to someone who can continue to enjoy and take care of it like we did.
Lowered floor conversion from BraunMobility with rear fold-out ramp access. Electronic wheelchair lock with safety
belts and supplementary anchors. Driver controls are not modified.
More than 1 year remaining on wheelchair conversion warranty.
Car comes with all Dodge Grand Caravan SE standard equipment such as knee, side and curtain airbags, traction and
stability control, plus power rear vent windows and rear A/C.