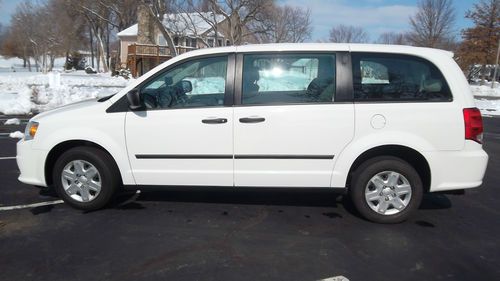 WHEELCHAIR/HANDICAP FEATURES:
Equipped with the lowered floor ATS rear entry wheelchair conversion. It has the manual, dual locking, non skid ramp with dual piston shock assist. The ramp stows and deploys easily and has virtually no upkeep. The van comes with one complete Q-STRAINT Wheelchair Securement System which includes four retractable wheelchair straps and full wheelchair belt system. Everything needed to transport your wheelchair is included in this sale. This van has the commercial grade matting in the lowered floor area.

GENERAL:
The interior and exterior of this van are in excellent condition with no known mechanical issues of any kind. This van runs and drives very smooth. Although it is being sold as-is, you are welcome to take it for a drive. This van is still under warranty! Please have all funds secured before buying, and be ready to make the $500.00 non-refundable deposit within 24 hours of auction ending. Full Payment is due within 7 days of auction ending. Van must be paid in full before it ships or is picked up by buyer.
Thank You!