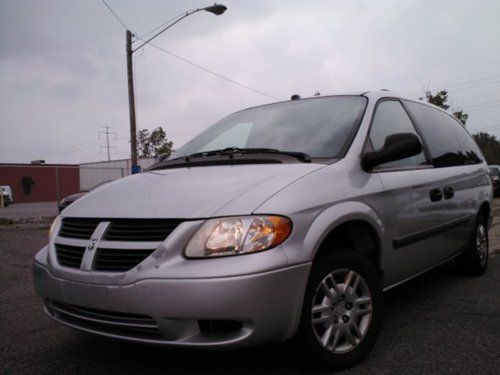 Condition: UsedA vehicle is considered used if it has been registered and issued a title. Used vehicles have had at least one previous owner. The condition of the exterior, interior and engine can vary depending on the vehicle's history. See the seller's listing for full details and description of any imperfections.Seller Notes:"2005 dodge Grand Caravan THE ENGINE AND TRANSMISSION IS GOOD AND RAN AND DRIVE EXSELLENT"

BIDDERS WITH A LOW FEEDBACK SCORE MUST EMAIL US THEIR CONTACT PHONE NUMBER PRIOR TO BIDDING OR THEIR BIDS WILL BE CANCELED AND THEY WILL BE PLACED ON OUR LIST OF BLOCKED BIDDERS.

All vehicles are subject to a $250 administrative fee, and dealer service fee, Ohio residents must also pay 7.75% sales tax, Out of state buyer must pay their state taxes, $100 title fee, and state inspection fee. The administrative fee covers all documentary costs as well as shipping for titles, paperwork, etc.