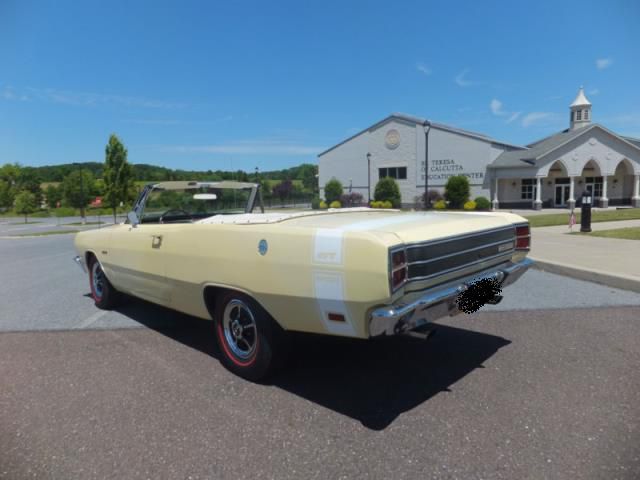 The car has about 5000 miles in the past 21 years..The dart has a 68 340 engine in it, stock with a little larger cam, 727 trans with a shift kit and the stock 8.75 rear with 3.23 posi. The car is quiet, not chopped up with a loud exhaust, just a great cruising convertible. Very hard to see how nice the color combo is in these pictures.