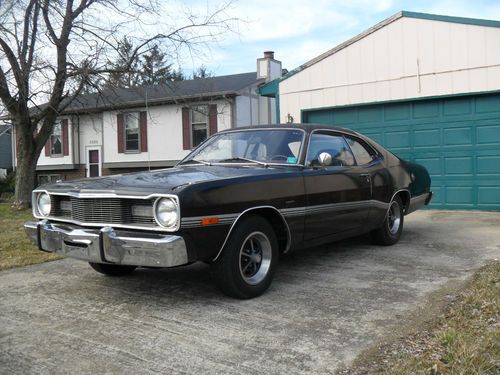 1975 Dodge Dart Sport. 104,000 miles, runs and drives, complete except for original seats. Has 2 front seats, missing back seat.Chrome and trim is good and all there. Rebuilt 6 cylinder, automatic on column, road wheels with trim rings, clear Ky. title. Drive as is or a good one to restore. 859 420-4312