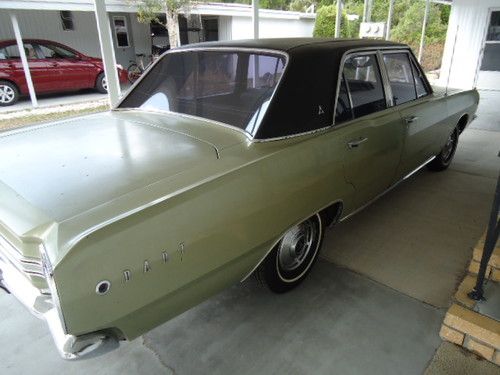 Condition: UsedA vehicle is considered used if it has been registered and issued a title. Used vehicles have had at least one previous owner. The condition of the exterior, interior and engine can vary depending on the vehicle's history. See the seller's listing for full details and description of any imperfections.Seller Notes:"automatic transmission, all original inside and out, no parking lot dings, new tire's, all original chrome, lights, hub caps, paint, vinyl roof, head liner, p/s, no power brakes, no a/c, always garage kept.I add 20 to 30 miles a week on the car."