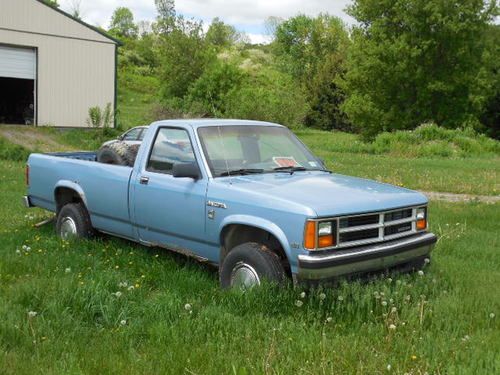 Condition: UsedA vehicle is considered used if it has been registered and issued a title. Used vehicles have had at least one previous owner. The condition of the exterior, interior and engine can vary depending on the vehicle's history. See the seller's listing for full details and description of any imperfections.Seller Notes:"1988 Dakota 3.9 239 cid V6 OHV runs great ask for any more AN FOUR WHEELS COME WITH IT"

RUNS GREAT USED IT FOR GETTING WOOD BUT MUST OF THE TIME IT'S SETS AROUND SO I HAVE IT UP FOR SALE ASK ANYTHING ELSE.