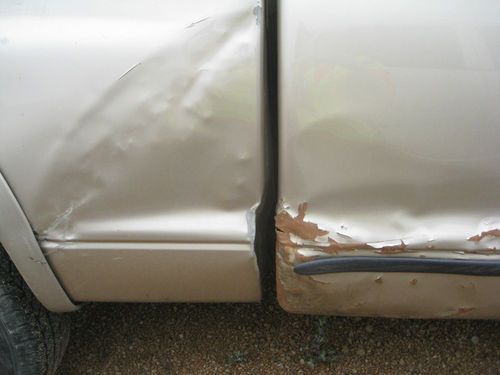 Condition: UsedA vehicle is considered used if it has been registered and issued a title. Used vehicles have had at least one previous owner. The condition of the exterior, interior and engine can vary depending on the vehicle's history. See the seller's listing for full details and description of any imperfections.Seller Notes:"Damage to bed of truck as depicted in pictures. Air conditioning does not work due to condensor fan not functioning. Used in a landfill environment. Sold as is - no warranties or guarantees."

2003 Dodge Dakota - one owner - used in a landfill environment.