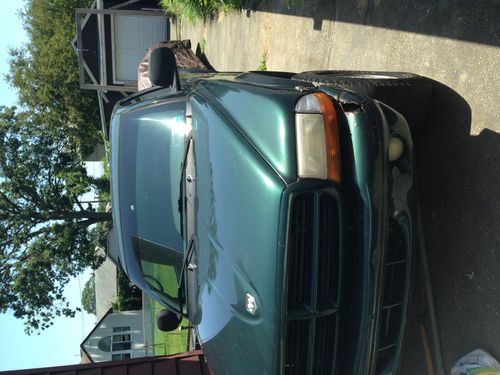 Condition: UsedA vehicle is considered used if it has been registered and issued a title. Used vehicles have had at least one previous owner. The condition of the exterior, interior and engine can vary depending on the vehicle's history. See the seller's listing for full details and description of any imperfections.Seller Notes:"good used pickup truck with strong engine sold "as is""

nice pickup truck currently not running needs a new battery to start.
been parked in my driveway for 2 years
engine was running strong  before it was parked and sounded real good
back tiers are very good but front needs new tiers
have remote start, alarm, power windows,  a cd player and a back up camera.
I think mileage is 240,000 give or take (can't check with out battery)
sold "as is" car located in merrick long island
buyer is responsible for pickup/delivery
sold as is
will be a good and strong work truck just need some work