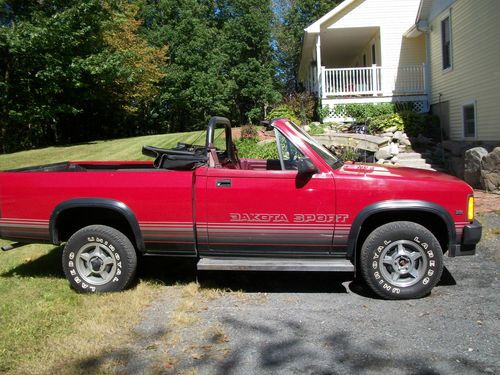 1989 Dodge Dakota Factory Conv. PU   3.9 V6  super cond & runs like new bought new in southern Ohio    loaded with options  I have never run this truck in the winter & I dont think anybody else did    no rust     frame is super clean  this is not a worn out Dakota but a truck that with its present condition will always retain its value   has bed liner & I never took it out     interior is perfect I have all the books that came with the truck            to test drive call Chuck   518 5273333 located near Troy NY