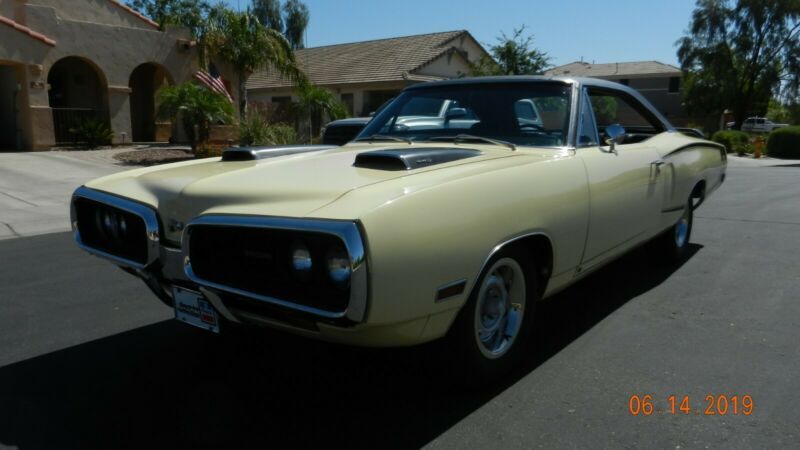 Posting my 1970 Dodge Coronet Super Bee. This is a true WM23 car that has had a 69 440 installed with a 6 Pack. I
removed the standard Holley set up and installed a Fitech Fuel Injection 6 Pack set up for much better drivability.
Fuel tank was replaced and is running an in tank pump vs a rail pump. Gas gauge does work. 4 speed, 3:55 Sure-grip
8-3/4 rear end. N96 Ramcharger hood. I drive this car all the time as it runs great and is a blast. Motor, trans and rear all rebuilt during restoration. Power steering. Stock HP manifolds with new mufflers. MSD ignition. Body is very straight with no waves. All chrome and glass is good. Has some rust bubbles starting in rockers and in frontof rear wheels and drivers door. After market AC and radio. Interior is in xlnt condition. Steering wheel is not included as it was a gift. It will come with an original correct black wheel.