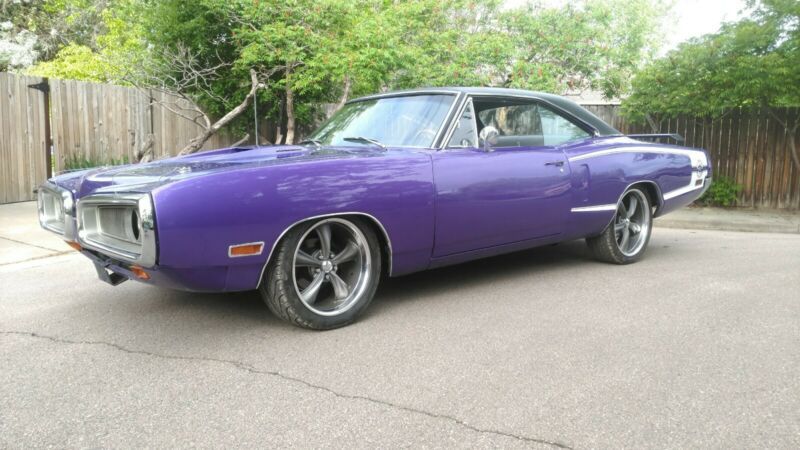 1970 Super Bee. It was painted with the new plum crazy (more pearls and metallic than
the original) -high dollar PPG base and Global clear-which is PPGs premier clear. The paint is very nice, new
vinyl top and has rechromed bumpers. The interior has new seat covers, door panels, carpet, package tray,
headliner, and door locks. The seat covers have pearl inserts that really look good. The 440 motor/tranny were
rebuilt and the heads have been rebuilt with new new valves, guides, hardened seats, and new springs. The cam
isn't radical but better than stock and the car runs great on pump gas. The car has a new aluminum radiator, HP
exhaust manifolds, electronic ignition, new MOOG suspension, sway bar, new battery, rebuilt Holley 4 barrel, new
exhaust and the gears are great for cruising 3.23s. The car has disc brakes on all axles, over-sized wheels and a
new power brake booster.