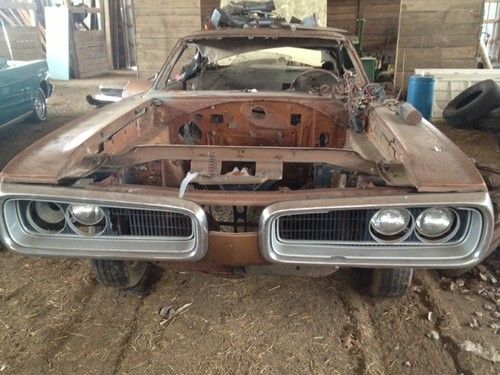 1970 dodge coronet 500, car was tore apart by previous owner to restore and then lost interest.car has most all parts, except,Hood,windshield, engine, trans and rearend pig.It does have buckets with buddy seat.dash,chrome,doors,disc brakes,etc, the frame is in good condition.car has under coating.so its just a rolling body. parts or project.