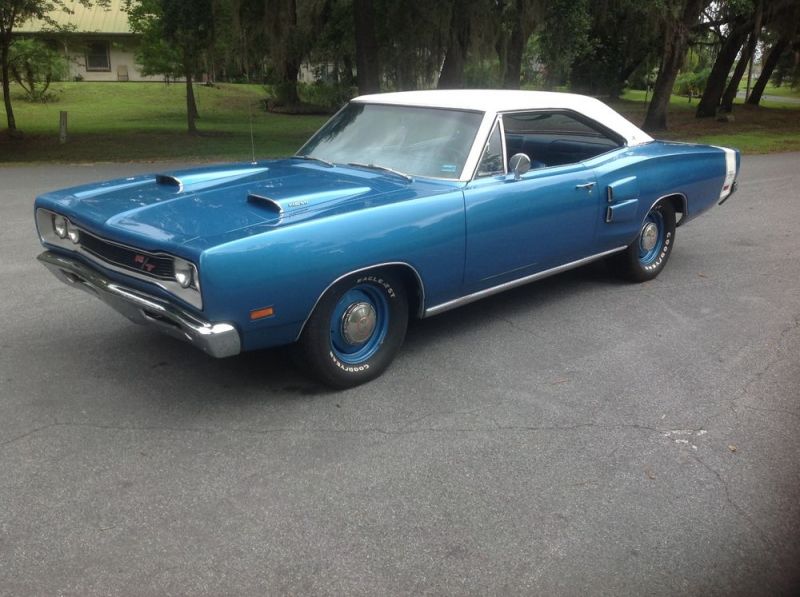 More infos regarding my car at: chongcwwolfsberger@ukideas.com .

For sale another very rare Mopar from my high end collection of muscle cars! This particular car is a REAL DEAL
FACTORY 1969 HEMI RT CORONET with matching numbers and has some very rare options on a very rare car. Galen Govier
states on his letter it could be an executive car and has never seen one quite like it! So that's why I bought her
as I love too buy and collect the rarest of the rarest (it could actually be the fabled unicorn 1 of 1).
Highlights include
Superb Numbers matching 426 engine with just over 52k miles from new and the quietest Hemi I have ever heard too!
One of just 97 Hemi RT coronets made in total, then one of 39 with Automatic, then one of one maybe with these rare
specs?
Superb body
Good paint
Original throughout (one repaint about 10 years)
Good interior
Column shift auto
Original rustfree floors, rockers and trunk floor
Original color and specs
Fender tag matches Vin and partial
Power steering
Power brakes
Nice top
Broadcast sheet
Galen Govier letter that states very rare factory options
Power steering