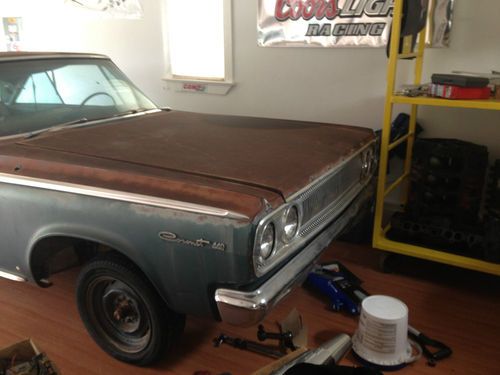 1965 Dodge Coronet 440, Original A/c big block 361 automatic out of Texas, but engine is long gone. Body is very solid only surface rust. The trunk is also solid although it needs floor pans and the left rear quarter has been hit. I have a repair panel that was removed from another 65, just needs to be cut out and welded in. The interior is complete but needs total restoration.