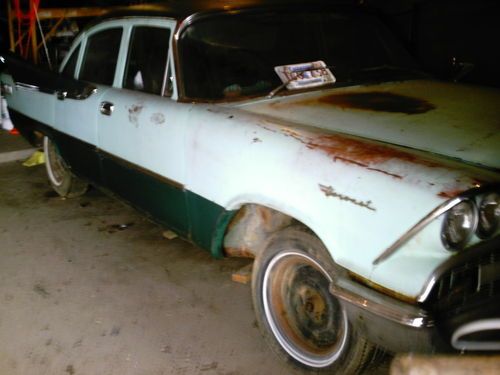 Condition: UsedA vehicle is considered used if it has been registered and issued a title. Used vehicles have had at least one previous owner. The condition of the exterior, interior and engine can vary depending on the vehicle's history. See the seller's listing for full details and description of any imperfections.Seller Notes:"No engine or transmission."

Here we go with a true barn find! Found her in Tennessee. Has a Michigan title now.No engine or trans.Will assist in loading.Possible delivery available $1.50 mile.Paid by buyer.Solid body ,frame and good glass.Usual wear .Will not last so hurry.Chrome and stainless complete.Good project or even parts...