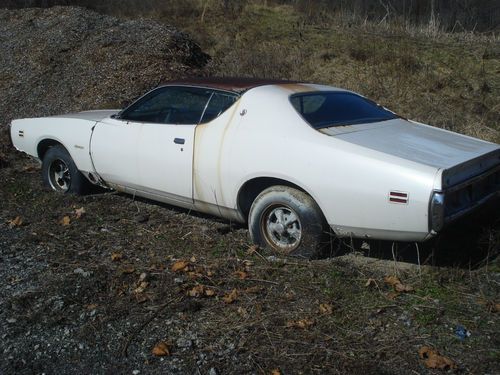 1971 dodge se  charger. has heavy rust. i hate to see it waste away i painted this car when i was in high school 1990s and it has been sitting out in the weather since then.It had a rag top that is gone now and this has alowed the top to rust up and one of the corner post.it has alot of potential the engine used to run.  it did smoke. i took carb off to use on another vehicle and mouse moved in they  have also chewed on some of the wiring.all of tires are flat .this car is being sold as is. please call or text for moe info or pics thanks daryl  540-969-9857