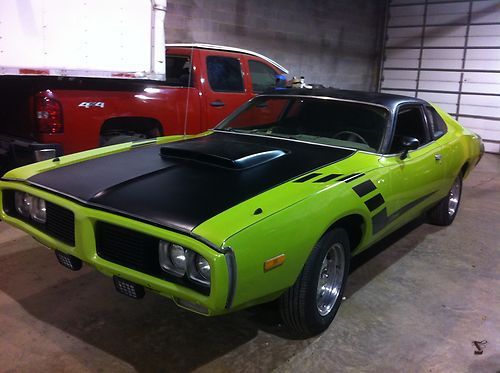 sublime green over hotrod black
black interior, front racing seats
no rust on the car to my knowledge
the car is mechanically original, factory exhaust etc
runs terrific, inspected drive anywhere
has cd player, pandora radio, and ipod controller
the car is not perfect, but the exterior is as close as it gets. it could use a dash pad, and there is a 1" tear in the rear seat.the rims could use some buffing
i have driven it regularly on the weekends. the car has not seen rain the entire time ive owned it.
I do have a buy it now cash in hand for 9700
i have a trunk full of extras that go with the car
there is a factory original superbee spoiler in the trunk