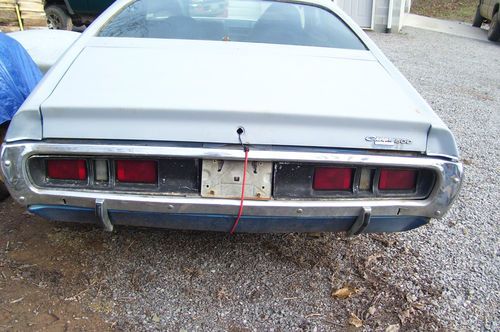 I have a 1971 Dodge Charger 500 . This car came factory with a 383 ,4 speed transmission very rare and hard to find. All clutch linkage is there ,but has no motor or transmission.The winner of this auction can have a 400 engine that was sold to me as being a running engine.Car must go ! No reserve high bid wins .