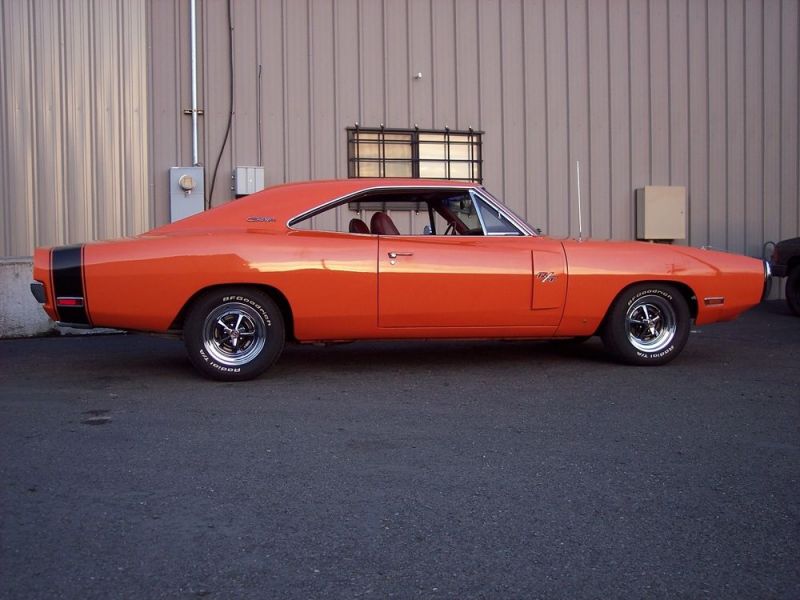 1970 Dodge Charger R/T. It is an original EK2 go mango/vitamin C orange stripe delete car, AM radio, deep dish wheel covers and hood pin delete. A true sleeper! In 1996 when it was time to restore this car, it didn't need much as far as sheet metal or interior. Car was taken to bare metal and quarter patches where needed, trunk floor and extensions and a better hood that came off a wrecked R/T. That's where the hood pins come in. Base-clear of the original color was applied along with a bumblebee stripe. All chrome was triple plated and stainless was polished. Engine was rebuilt with a 280 duration purple shaft cam and no overbore was necessary. Trans rebuilt and replaced all suspension bushings. New fuel tank, fuel and brake lines. Recently rebuilt the carburetor and replaced vapor separator. 4 row radiator was installed. New headlamp relay for concealed headlamps.
The only things replaced for the interior are the carpet, headliner, drivers seat, and drivers armrest. Everything else regarding the interior is original. Door panels, dash pad, all gauges work, back seat. All other parts that go with the car will be provided. Wheel covers, original carburetor (carter avs), original radiator, build sheet, owners manual, am radio (correct year am fm in dash now).