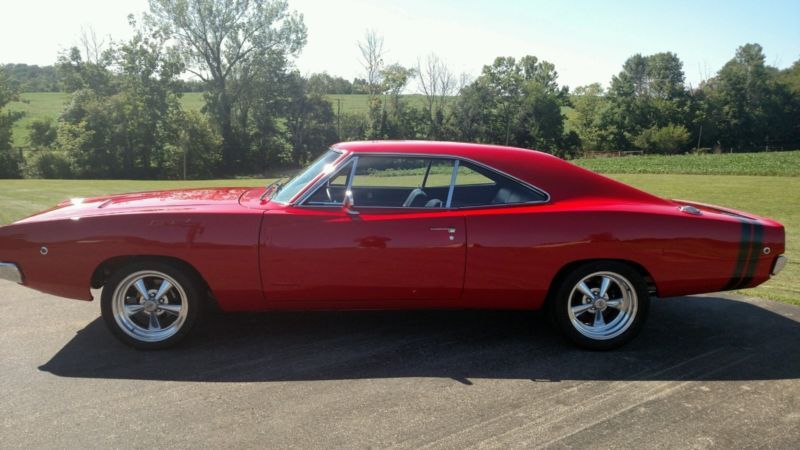 1968 Charger with 500" Indy Cylinder head HEMI! Street Fighter A727 three-speed automatic transmission w/3,200 RPM stall to keep you
in the best powerband. And since power is nothing without control, the suspension has been fully upgraded. It now
includes new front suspension,front & rear shocks, Rack and Pinion power steering, Strange four-wheel disc brake
package and Dana 80 3.50 gears. Please is pictures of under side of this car, Amazing. This is a car you can drive
across the USA.