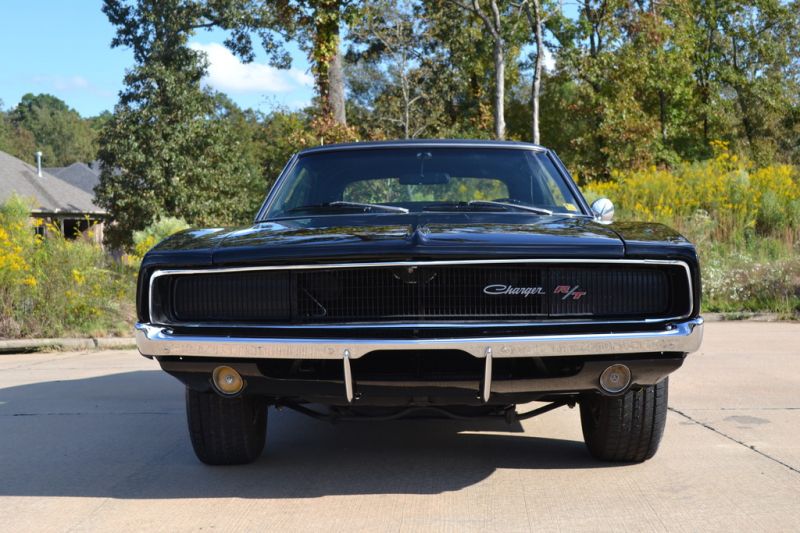 For sale is a beautiful triple black 68 Dodge Charger R/T.