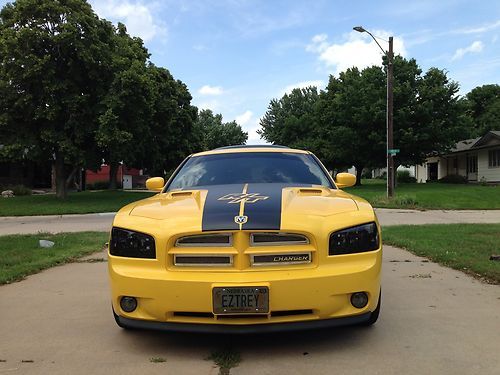 Condition: UsedA vehicle is considered used if it has been registered and issued a title. Used vehicles have had at least one previous owner. The condition of the exterior, interior and engine can vary depending on the vehicle's history. See the seller's listing for full details and description of any imperfections.Seller Notes:"The car is in excellent condition inside and out!"

This 2006 Dodge Daytona R/T is in excellent condition inside and out. It has never been in any accidents of any kind. I am the third owner of this car. The first two owners collected cars and between the two of them they only put 6,000 miles on the car. It has up grades on it and you will see them in the pictures. You will never find one of these with only 12,000 again so here is a chance to own it. I'm not good at writing down stuff like this so if you have any questions at all please email.