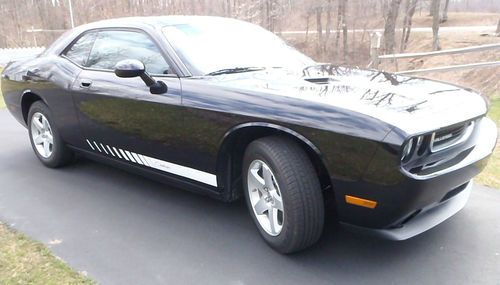 This car is in very good shape and  has never been driven in the rain or snow or at night time, it has always been garaged when not driven. Currently this car is winterized and stored in Northern Michigan (near Traverse City and can be viewed there). The exterior is spotless as well as the interior, this car is still like "showroom" condition. The paint is called Brilliant Black Crystal Pearl and picks up any color that you are around- checkout pictures.  The cool thing about this car is you can get the Big Car "Hemi" look for a lot lower price, way better mileage and a better insurance rate.

(It would be possible to have the car available for the winning buyer after the auction at my other home in Owosso, Michigan which is 200 miles South of where it is currently located .)
On Apr-10-13 at 18:03:07 PDT, seller added the following information: