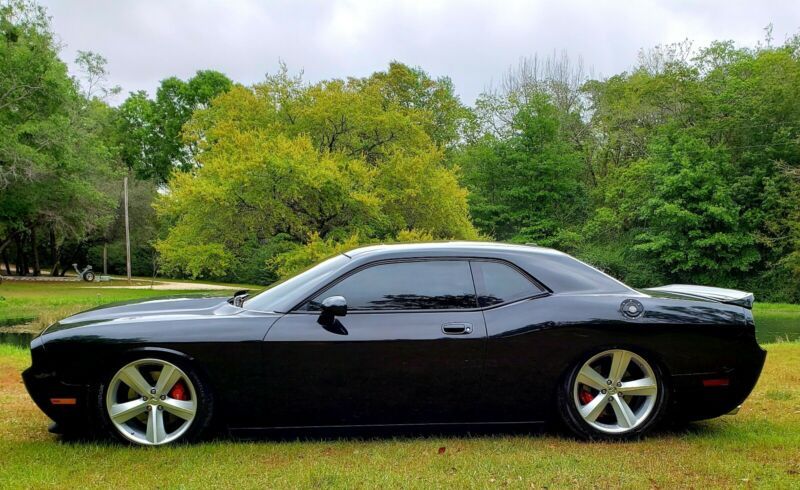 2009 Dodge Challenger SRT8 last year they made them where you can truly Disable Traction Control so it is a modern
muscle car. I have babied it and kept it in my climate controlled garage for 4 years. Al the upgrades listed was
done by a local professional company. The upgrades include Ride tech complete air-ride system with blue tooth
control for phone app, Hurst shifter with line locker kit. Zex dry nitrous system with custom switch control board
fitted in the console. Cervini 3" cowl hood , and Saleen wing, Diablo tunner mounted under key for easy access and
use. Borla stage 2 full exhaust system. 12" Jl audio speakers with Jl amp. Blue street glow lighting system through
out car even on the custom intake cover and trunk, Custom chrome engine covers. Oil slick black paint Ready to show
or go ....Very fast