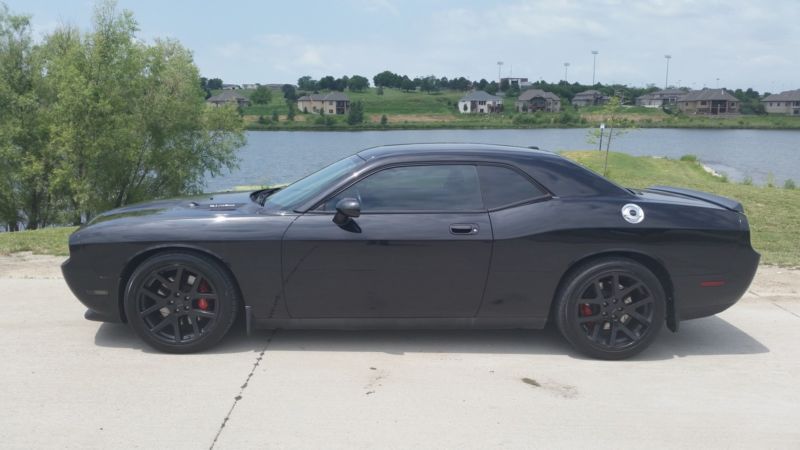 For more pictures email at: marionmwweich@veryold.net . We are selling out extremely nice 2009 Dodge Challenger SRT8.  The only reason
for me selling it is I just purchased a Viper, so do not want this to just
sit.  It was originally a Florida car.....and has not been subjected to
winters.  The body of the car is extremely clean and does not have any dents or
dings ot the body.  There are a few minor rock chips to the front bumper, as to
be expected for a used vehicle.  Other than that, the pint shines extremely
well and gets looks everywhere.  A set of $1200 dollar viper wheels has been
added, and it has over $1400 in brand new nitto tires on it.  The tires hav
eless than 1000 miles on them.
The car has been equipped with a Magnusun supercharger, and the power was kicked
up to over 550 hp.  This is an extremely reliable setup and makes for an
excellent and fun drive.  This car would be a great daily driver, but still be
a blast to run down to the races on the weekend.  I am unsure what times it
will run, as we have never taken it to a track.  The kit itself runs $7,000
plus install labor and tuning.  The car also has an exhaust system to give it a
nice quiet rumble.  Step on the gas and it opens up and sounds great.  There
has been a Drake strut tower brace added as well to make the car handle even
better.  The car starts, runs, and drives like new.  There is not a single
issue or noise out of the normal.  The suspension and steering are tight with
no issues.
The interior of the car is in amazing shape.  There are no cracks, rips, or
tears to any of the interior.  It has the factory navigation system, and the
speakers have been upgraded and are all run off an amplifier in the trunk.  It
also has the corner subwoofer box from Dodge.  Everything works as it should
and the AC blows ice cold.  The heated power seats work as they should.  It is
push button start as well.
I am located in Omaha, Ne and have a few Dodge dealerships nearby.  I would be
more than happy to take the car to any of them to be inspected for any potential
buyers.  It has been extremely well maintained, and I am not worried about it
passing an inspection.