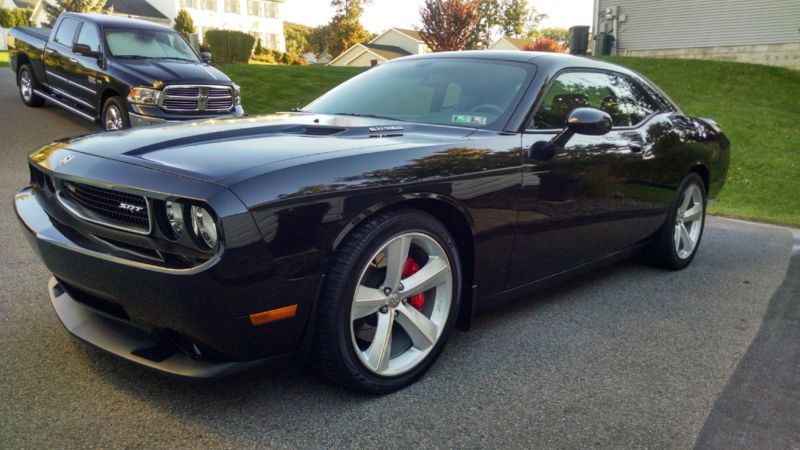 I am always available by mail at: cristacsstater@steamrailways.com .

First year of the real Dodge Challenger since the early seventies. This is number #2884 of 6400 total Challengers
made in 2008 .All were SRT8 versions and all were sold before production. Mileage is 6978 miles .Always garaged and
covered. Babied is an understatement. Fantastic car ! 6.1 Hemi approximately 435 HP with cold air intake Mopar.
Interior is perfect . New car smell. Touch up on front bumper otherwise body is immaculate .Wheels are mint. The
perfect color for this car . Auto stick is great . Built on the Mercedes 300 chassis with their AMG transmission
=bulletproof !Adult owned and driven. Never seen rain. 1000 miles on new synthetic oil change .Has every option
available. Sunroof, heated seats , 40 gig hard drive/navigation , Bluetooth , DVD playable. Second owner. First
owner was Dodge dealership owner . This is the best year for this car.There are no issues with this car ..