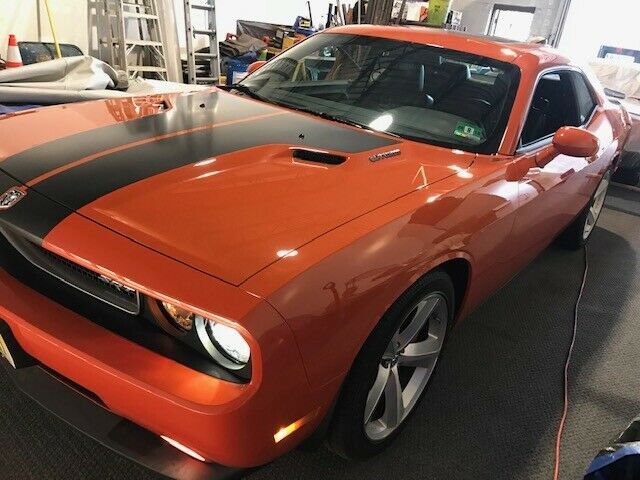 2008 DOGE CHALLENGER SRT8. THIS CAR IS IN HEMI ORANGE AND IT IS THE SPECIAL FIRST
ADDITION #3865.
CAR HAS BEEN STORED ALL OF THESE YEARS AND ITS LIKE A TIME CAPSULE. ITS IN EXACTLEY THE SAME
CONDITION AS WHEN HE PURCHASED IT OFF THE SHOW ROOM FLOOR.

THERE IS OF COURSE NOT A SCRATCH, DING OR ANY OTHER INPERFECTION ON THE BODY. THE ONLY SEAT THAT HAS BEEN SAT ON
IS THE DRIVERS SEAT AND THATS ONLY FOR 200 MILES. AND OF COURSE THIS CAR HAS NEVER BEEN IN ANY ACCIDENTS.