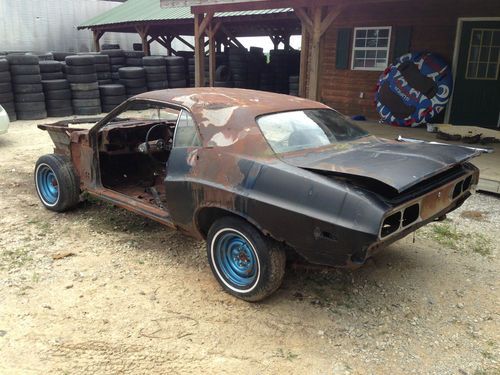 Up for auction is a 1973 Dodge Challenger in non running condition with no motor or transmission. Would make a great project to restore or donor car. Has an 8 3/4 rear end, fender tag still intact, great set of BFG 205/75/14 tires. Car has lots of parts to go with it as well including the following:

Don't have a title or any paper work with the car at all.  Will be sold as is where is at No Reserve. Is to be paid in full within 7 days of the auctions end. After car is paid for I have no problems keeping as long as needed. Email, call or text anytime at 606-306-4372 with any questions you may have prior to the auctions end..