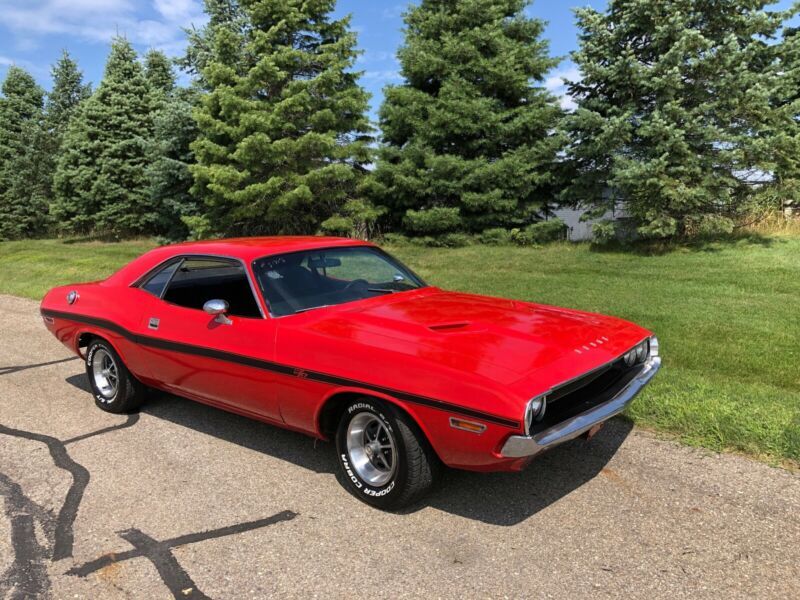 1970 Challenger RT 440 4 BBL Numbers Matching
This is a rare opportunity to own a Vintage Mopar with original build sheet and fender tags.
This vehicle has been well cared for over several decades. It has been repainted to its original glory in
Brilliant Red.
All documentation available including original build sheet and fender tags on this numbers matching vehicle.
Original drivetrain has never been rebuilt and the vehicle is fun to drive. Gas tank, exhaust and all engine seals
have been replaced this year.
New metal on all floor boards, front fenders, rear quarters and front hood. Original black interior with new
carpet and new dash pad.
This is a rare find and a pleasure to drive. It has been garage kept for the past 5 decades. New Cooper Cobra
tires have been wrapped around the Magnum 500 wheels. The Magnum 440 4 bbl big block sounds amazing every time the
motor runs. The VIN indicates that this is a true R/T 440-4bbl.