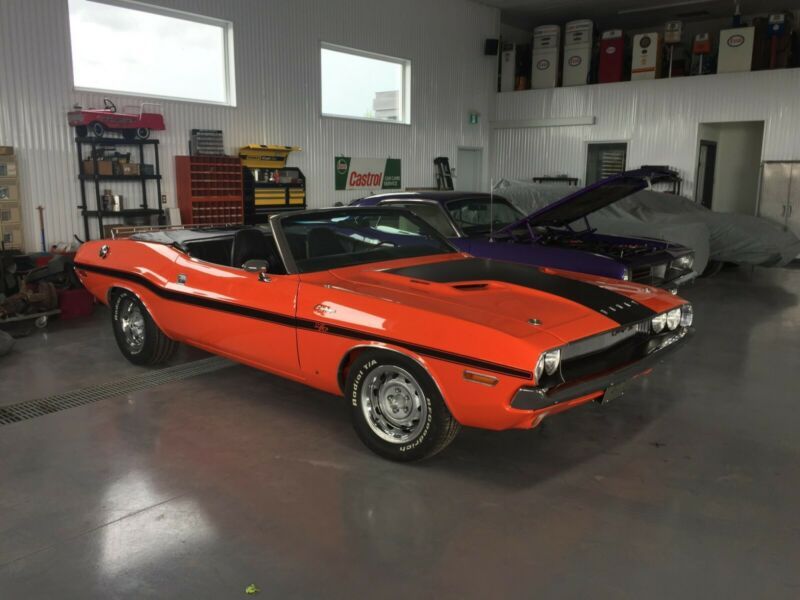 1970 Dodge Challenger R/T convertible. Starting with a very solid
southern body, this car has been rebuilt to factory specs. According to fender tag, correct EV2 hemi orange has
been applied to the car. The 383 is not matching number but is date coded for the car. All the chrome, interior,
mechanical, everything is new or rebuilt. Brand new 15x7 rallye wheels with new radial t/a. The rear end has a 3.23
sure grip. Factory luggage rack has been added for the look
Fast facts
• one of 692 R/T convertible built in 70
• Professional rotisserie restoration in 2018
• ready to drive or show
• not matching but correct date coded
• very high desire color combo
• power brake power steering