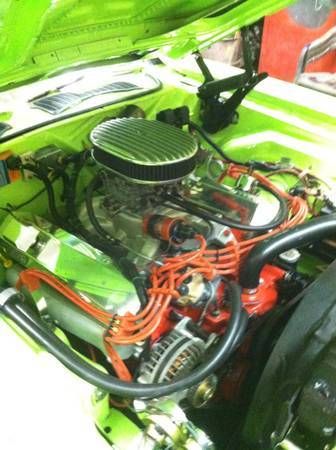 It has a 440 engine 727 auto trans with a true slap stick 8 3/4 posi rear axle, completly restored underneath running gear is all done... all brake lines replaced and gas lines have new RT emblems have all new rubbers for trim  new tank straps fuel tank new.. We have a lot of money in this car... the car is going to need to be finished .. has new quarter panels .. we do have the original seats for the car..  it is going  need some work its not a perfect car but it is straight..!!!!!!  $500 deposit and payment due in three working days!! Cannot deliver must be picked up locally! Buyer must make pick up arrangements!! SORRY FOR THE PICS!! PLEASE CONTACT ME AND I WILL SEND BETTER ONES IF YOU ARE INTERESTED!