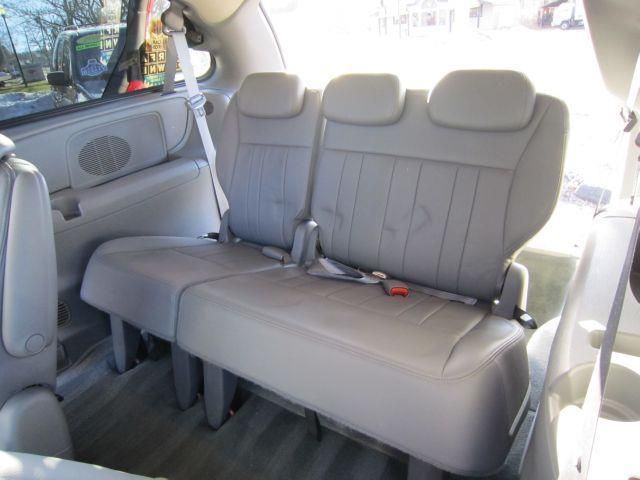 Beloved Dodge Grand Caravan for sale. Well maintained, predictable wear and tear. Only 111000 miles! The mileage has been mostly highway. Just replaced tires, recharged air conditioning, and 100k mile maintenance recently done. Great van. No major problems. A few chinks in the armor - cracked lower front bumper - the poor raccoon never saw it coming :( and a few dings in the doors. LEATHER! POWER EVERYTHING! DVD! She was the very top of the line DGCaravan when she came out.