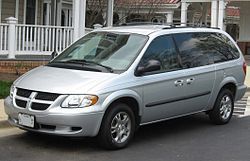 It is in good condition and has served me well

Lots of space and can fit up to 8 people! Do not miss this great offer at a Great Price!

If you have any questions feel free to message me with any extra inquiries.