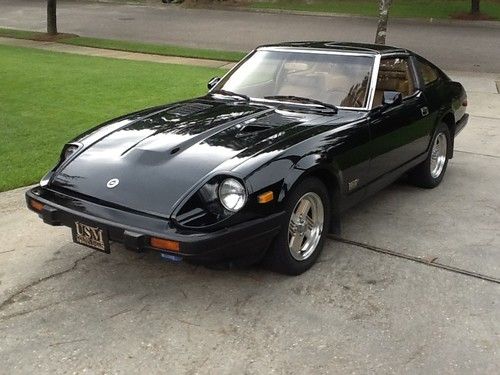 1983 280 zx turbo.  66000 original miles.  Always garaged.  This is the last year of the classic.  It is not perfect(a few small dings, small chips in the paint....common things with 30 year old cars) but in very good shape.  The leather seats and the trim have been professionally redone(I have kept the originals).  Everything works as it should.  She will still tell you if the lights are on.  The things that I would attend to are...replacing the antenna, painting the plastic on the bumpers,  fixing the front scoop(bent from hitting an object), steam cleaning the carpet,  and some other small cosmetics.  I would encourage a test drive, as it drives wonderfully(fun and FAST!).  I have 2 small children now and am looking for something fun we can all enjoy.  If you have any questions what so ever, please contact me as I will try to help any way that I can.  Thanks.