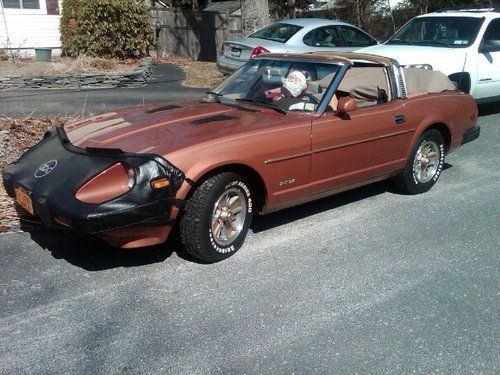 This is a Rare 1981 Datsun 280ZX with After Market Convertible. A low 29,812 "Original" Miles!! Runs great, and has new Tires and factory Aluminum Alloy Wheels. Vehicle has been owned by One family, and garaged for the majority of it's life. Great find for the Datsun Enthusiast!!