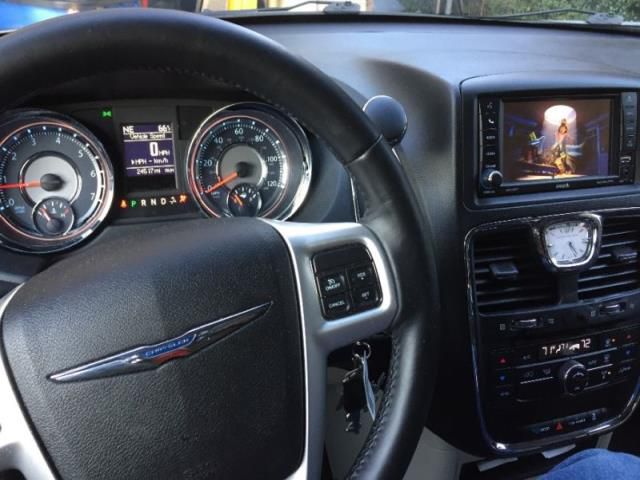 I enjoyed this vehicle very much. It was a blessing with my infant and young child. As I am one person with three vehicles it has not gotten much use lately as I now have a work supplied vehicle. Being able to instantly fold down the seats made changing and feeding my child very easy and comfortable. The dvd monitor kept my children highly entertained and was their first choice selecting which vehicle to take.
Message me at : bu2blakesleenominative@gmail.com

Chrysler IPO to be filed as early as this week

An initial public offering for the Chrysler Group could happen this week, following Sergio Marchionne's comments to Financial Times in London, according to a report from The Detroit News. Fiat, which owns 58.5 percent of Chrysler, has been in a battle with the UAW retiree healthcare trust over its minority stake in the company. While the automotive union recognizes its role as a temporary shareholder, the two couldn't come to an agreement on how the shares should be priced.
As Marchionne explained to FT, a Chrysler IPO allows the market, rather than the two competing sides, to determine the value of the shares. The public offering is a risky move, which could potentially hang one side out to dry - if the shares go high, it's bad news for Fiat, but if they go low, the UAW stands to lose. Regardless of where the stock prices go in an IPO, though, it's a move that's being supported by analysts, who are quick to cite Chrysler's near-constant growth and a product lineup that is getting healthier with each new introduction.