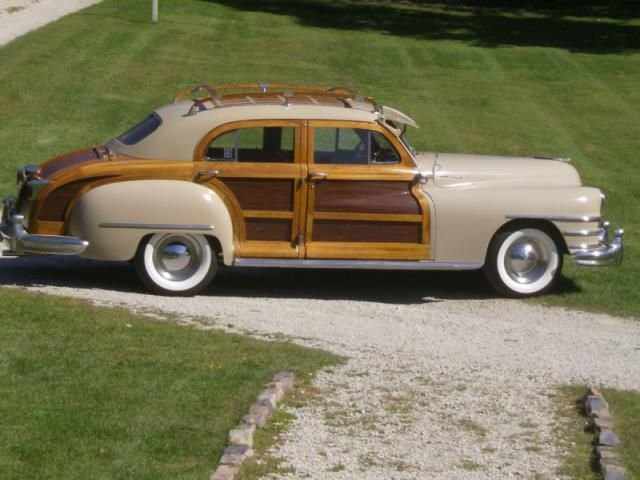 More pics and information may be obtained by emailing me at : granger4mharriet@laposte.net

1948 Chrysler Town and Country 4 door sedan.
HISTORY OF THE CAR OWNERS This 1948 Chrysler Town and Country sedan was purchased new on June 15, 1948 by Henry W. Breyer, Jr. who was the grandson of William A. Breyer, the man who founded the Breyer Ice Cream Company. Henry was then living on an 80 acre estate on Old York Road in Elkins Park, Pennsylvania (Cheltenham Township). His mansion, which was built by his father, Henry W. Breyer, Sr., in 1915, is now on the National Register of Historic Places. Breyer Jr. used the woodie sedan to transport his family, guests and company’s executives as well as serving to commute him to his office and factory in Philadelphia. Judging by the condition of the original carpets, the rear floor and the driver’s side front were quite worn but the passenger side front was still in good condition. That would indicate that Breyer had a chauffeur to do the driving and that he and his guests would ride in the back seat