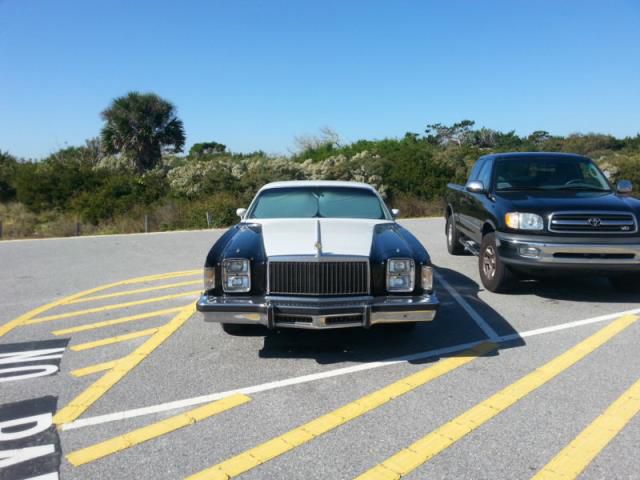 1979 Chrysler Cordoba with Special Appearance Package If you are a car collector and is reading this ad you know you are looking on a very hard to find car. The 1979 Chrysler Cordoba is a luxury car with unique lines and comfort only offered by the great old American cars. Although Cordobas are not yet fetching the high astronomic prices of some early 1970's MOPARS it has everything to be the 100K car of tomorrow...Codobas were a luxury car and a much more expensive car than the Challengers and Cudas that in any condition or even rust buckets now sell for top Dollars throughout the country. I have been collecting cars for 30 years now and I have never been wrong in picking up rare cars for reasonable prices that had doubled or tripled their value in just a few years. Finding an all original Cordoba in good condition is becoming more and more difficult and one with the Special Two-Tone Appearance package like this one, almost impossible!