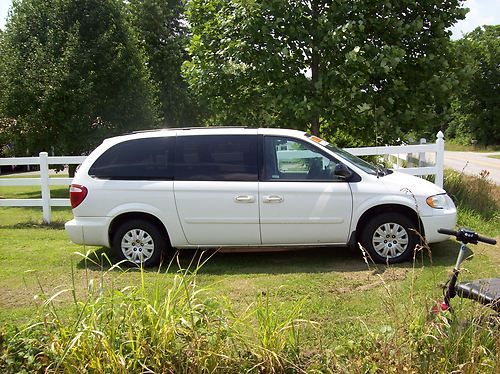 Condition: UsedA vehicle is considered used if it has been registered and issued a title. Used vehicles have had at least one previous owner. The condition of the exterior, interior and engine can vary depending on the vehicle's history. See the seller's listing for full details and description of any imperfections.Seller Notes:"This is a very good van with new tires stow away seats tape and cd played"

This a gently used nice van that needs a good home. New tires! Selling for mother in law. Dent in left rear. See pics for condition issues.
Scratches etc are minimal. Buyer pays 500 down first 24 hrs paypal.! Balance due at pickup. No shipping. Van is in Lacy,  Ky. Which is near Hopkinsville.
Can be viewed at 12595 Ovil Rd. By appointment. Call Ron Johnson at 270-269-9555 with questions.
Buyer must pick up no shipping unless you make arrangements.
Certified check, cashiers check, paypal or cash only. Personal checks will be held till clear.