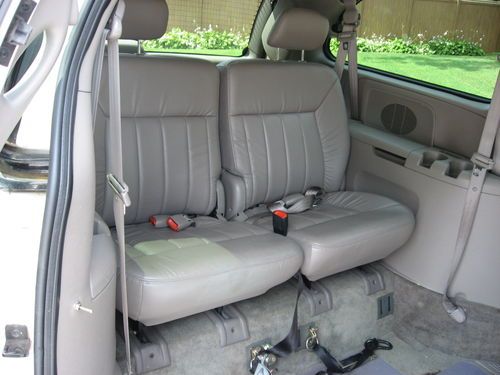 Condition: UsedA vehicle is considered used if it has been registered and issued a title. Used vehicles have had at least one previous owner. The condition of the exterior, interior and engine can vary depending on the vehicle's history. See the seller's listing for full details and description of any imperfections.Seller Notes:"Rear left tail light needs to be replaced. Has clear tape on it and passed new york state inspection..."
2001 Chrysler Town and Country LX1 for sale by owner.  VMI Wheel Chair Ramp (power)
29,000 miles
Excellent Condition - Leather interior
New brakes, battery and tires
All power - doors and locks
A/C
Includes curb ramp and all strap down hardware for wheelchair
Call Bernie  516-312-4699