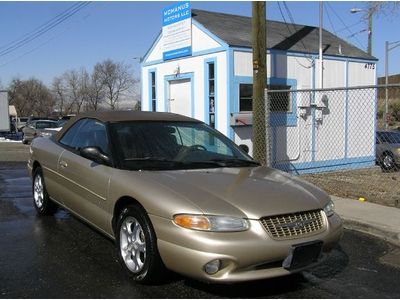 The world is set to get an all-new Chrysler 200 next year, thereby finally putting the bones of the long-serving Sebring to rest. To tide us all over until then, the automaker has released the 2013.5 200 S Special Edition. As a collaboration between Chrysler and the Imported from Detroit clothing line, the sedan features plenty of aesthetic tweaks to give it a bit more attitude. Those include tinted headlamp and taillamp housings, body-color door sills and 18-inch gloss black wheels. There's also a revised front fascia with a black mesh grille, while the tail end gets a decklid spoiler and a revised valance.
Indoors, the seats are clad in black, water-resistant fabric courtesy of Carhartt. Expect to see the 2013.5 200 S Special Edition in dealers soon with a price tag of $28,870. While there are plenty of questions to be asked here, one is more nagging than the others. Why bother buying the special edition when an all-new model is mere months away? It's an age-old question, but it still bears asking. Check out the full press release below for more information.