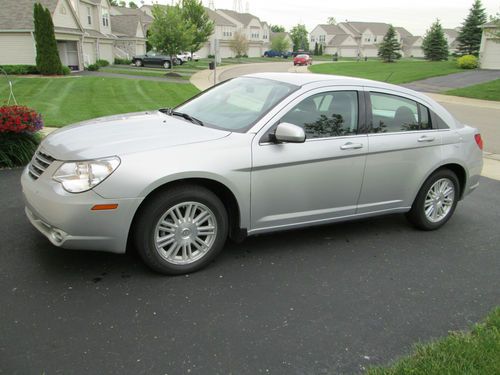 2009 Chrysler Sebring Touring. Very low miles. Always garaged. Adult owned and well maintained. One blemish/scuff of significance on the front bumper as noted in the photo's. One very small, penny sized bubble on the front hood. Driver door interior handle has a little scuffing on it.  Otherwise, very clean. Everything works mechanically - no problems at all. Clean title - serious seller. Please do not bid unless you are a serious buyer.

Thank you for bidding. Good luck!