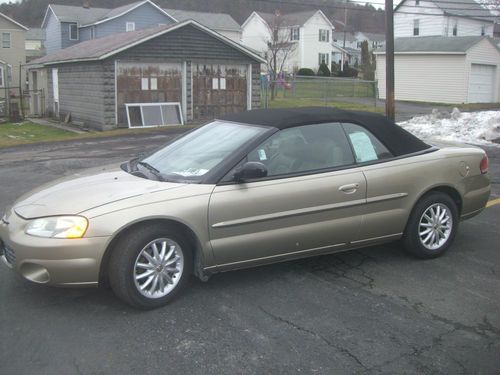 You are looking at a 2003 Chrysler Sebring LXI Convertible with 81,235 miles.  Overall, the car is in good condition and can be driven home.  We went over this vehicle and the only thing we could find wrong is that the air bag light is on.  We did not check into it any further as to what the failure may be.  It will be sold to the highest bidder, so good luck bidding.  All pre-inspections are welcomed and encouraged.  We are a small family owned car dealership and we do have clear title in hand.