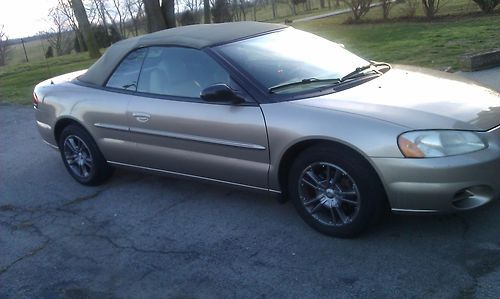 Condition: Used: A vehicle is considered used if it has been registered and issued a title. Used vehicles have had at least one previous owner. The condition of the exterior, interior and engine can vary depending on the vehicle's history. See the seller's listing for full details and description of any imperfections. ...
2003 Chrysler Sebring Convertible
115,500 miles, New fuel pump, new battery and fresh oil change
Ice cold air, power windows, power locks, power/heated drivers seat
Seller requires $300 deposit via Paypal within 48hrs of auction end
Vehicle is located in Danville, KY about 40 min Southwest of Lexington
Buyer responsible for any transfer fees, etc