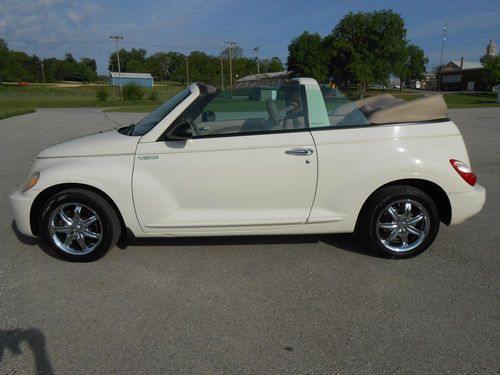 100,720 miles
New Battery
New Brake Pads
Tires 75% tread
Transmission filter changed and flushed at 95,000
Always maintained and road ready
It would be hard to find a better color scheme and one that is this clean.  I am the second owner as the first owner was the dealerships relative that owned it.  This is a cool ride with nice shiny wheels that make the car stand out.  This is a very dependable car with no problems.  Full of gas and ready to go.
There are some road chips in the paint on the front of the hood and 2 door dings on the doors.  I did include photos to show and make sure the bidder knows about them.