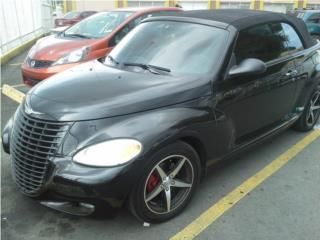 THIS IS A CAR THAT I WOULD HAVE LIKED TO KEEP BUT WE ARE MOVING
WE ARE MOVING SO WE CANT. I SPENT ALOT OF MONEY ON THE CAR THE LAST
MOUTH LET START I GOT THIS CAR 2 MOUTHS AGO IN JULY AS YOU CAN SEE IN THE  VEHICLE REPORT  IT COAST ME $5000 IT LOOKED GOOD IT HAD 68,000 MILES THE FIRST THING I DID WAS ORDER THE FRONT GRILL AND BUMPER COAST $1,500 SHIPPED. WHEN IT GOT HERE I TAKE IT TO MY BODY MAN $500 TO GET IT PAINTED AND PUT ON THEN I GOT THE WHOLE FRONT AND REAR SUSPENSION  PUT ON MOOG FROM TIE RODS TO CONTROL ARMS  WITH LABOR $1600 THAT WAS WATER PUMP FRONT END REAR END FULL TUNE UP TIMMING BELT ALL THE MOTOR MOUNTS  THEN I ORDERED NEW LOWING COIL TIEN $220 PLUS LABOR NEW FOG LIGHTS $75 NEW 16 INCH WHEELS $600 PAINT TOUCH UP $800 AND ALL THE LITTE THINGS I DID TO IT TO MAKE IT LOOK LIKE THIS SO MY LOST IS YOURS FOR $6000 PLUS SHIPING FEES THE CAR RUNS 100% NOTHING WRONG I GOT THIS CAR FROM THE ORIGINAL OWNER HE HAD SINCE  NEW IN 2005  HERE IS MY NUMBER JUST IN CASE OF ANY ? 787 513 5443 JOSE THANKS AND GOOD LUCK   NOTE THE CAR HAS TO BE SHIPPED FROM PUERTO RICO TO THE STATES OR WHERE EVER YOU ARE SHIPPING TO I LOOKED ONLINE AT SEASTAR THEY SHIP FROM PUERTO RICO TO JACKSONVILL F.L FOR ABOUT $590 OR HORIZON LINE FROM PURETO RICO TO PHILADELPHIA P.A FOR $850 ALSO THE PHOTOS THAT HAS THE 5 STAR WHEELS ARE THE LAST PHOTO I HAD OF A WEEK AGO THE PHOTOS WITH THE STOCK WHEELS WHERE TAKEN 3 WEEKS AGO JUST IN CASE