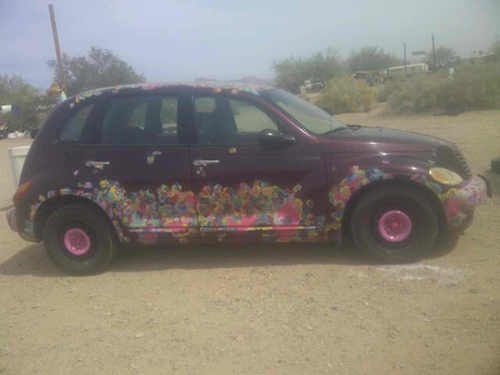 Awesome paint job. People love my paint jobs, it is my 5th painted car. I used heavy duty enamel and put three coats of spar varnish on it. holds up great. would be an excellent graduation present for a grad.

interior is in great shape. car is immaculate and runs great