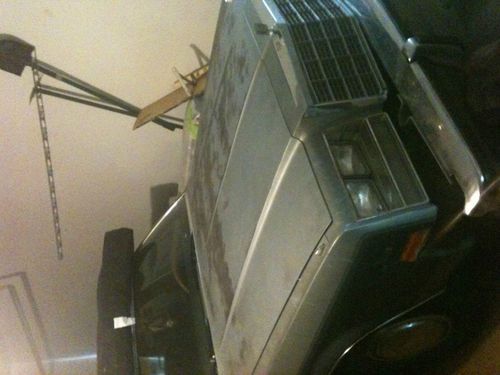 Condition: UsedA vehicle is considered used if it has been registered and issued a title. Used vehicles have had at least one previous owner. The condition of the exterior, interior and engine can vary depending on the vehicle's history. See the seller's listing for full details and description of any imperfections.Seller Notes:"The car needs work, and it runs, it needs cosmetic exterior work and work on the Distributor, Had a mechanic look at it and he said that the repairs were all easy work."

This car is a 2 tone blue on blue, 4 door, hardtop, vehicle, We drove it from Georgia to Oklahoma and used apx 300 in gas.  The vehicle has been worked on several times but as far as I know it has never been in an accident.  I am disabled and can no longer work on it or drive it so am in need of selling it.